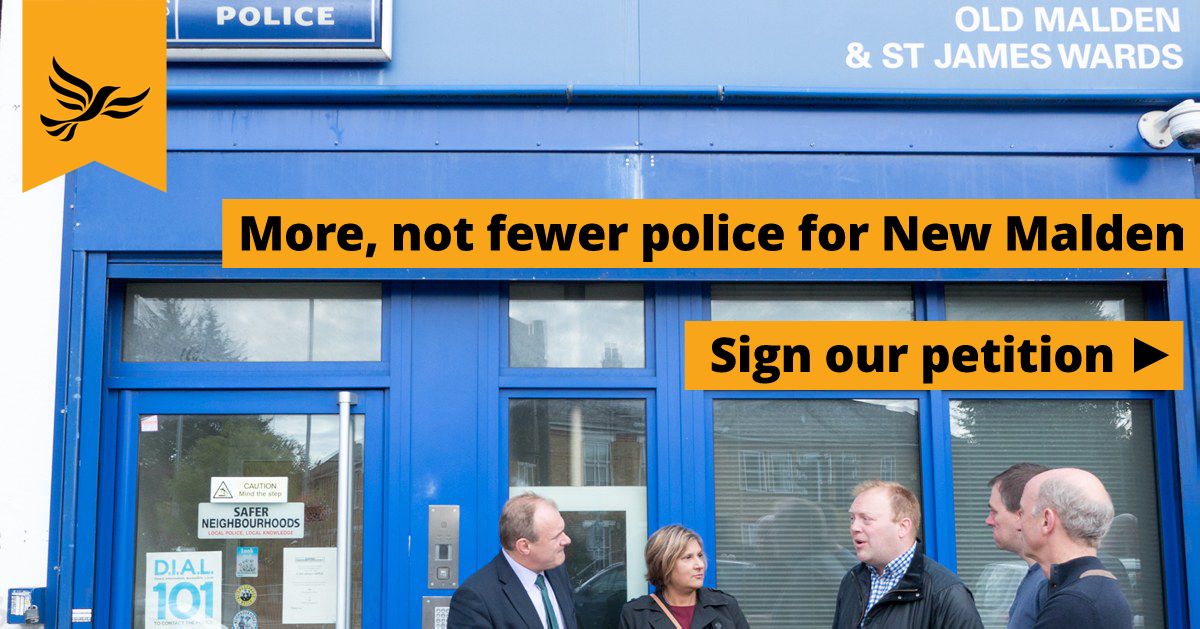 Worrying figures given at that meeting confirm what we have been told on the doorstep, that crime, especially burglaries and theft of and from cars is increasing. From September to November 2017, there were 19 residential burglaries (only 3 the quarter before).

A serving police officer from Kingston said the force has been told there will no longer be any response units stationed in the borough.

With an already overstretched police force, there is fear that crime will continue to rise.

Simon Edwards added, “The police can only do so much with the limited resources Tory austerity provides. We will continue to campaign for a properly funded police force. Sign our petition here today and support Ed Davey's campaign."