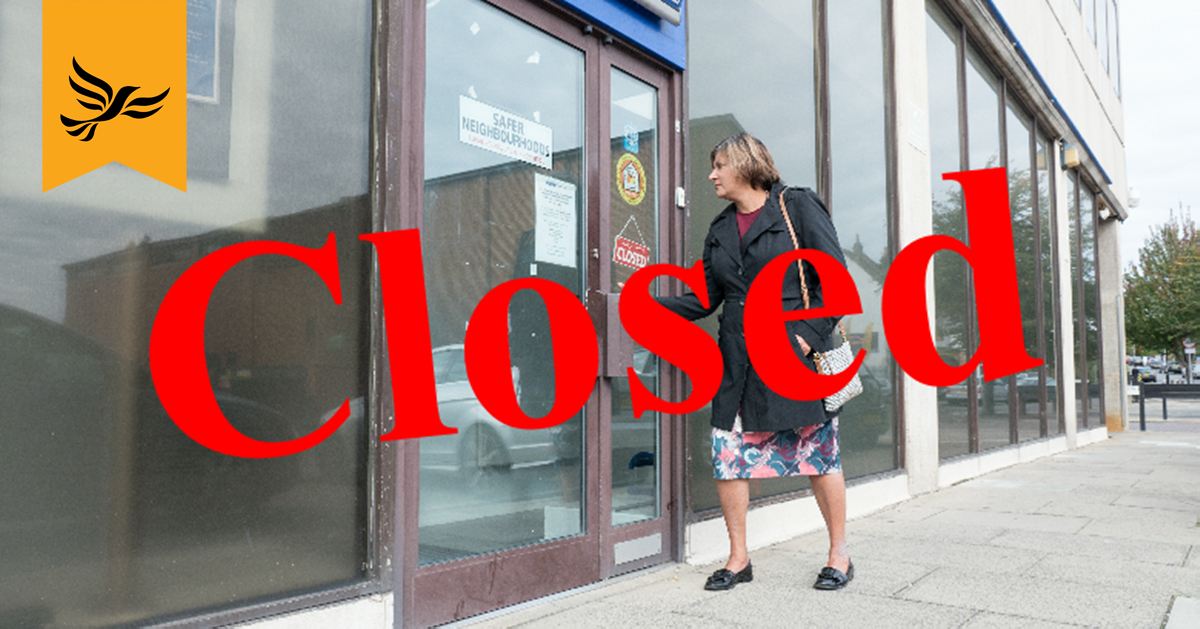 Despite strong opposition from local people and your local Lib Dem Focus team, the police counter at St George’s Square in New Malden has been closed to the public, following a flawed consultation by the Mayor of London.

The Labour London Mayor has done this despite rising crime levels.

Crimes like burglary are increasing. Local police say that on one day alone in November there were NINE residential break-ins in the Beverley Ward of New Malden.

Local campaigner Lesley Heap added: “This is no time to be cutting police funding!”

If you oppose the cuts in police numbers in Kingston Borough, please sign our petition today.