Police down, crime up in Kingston 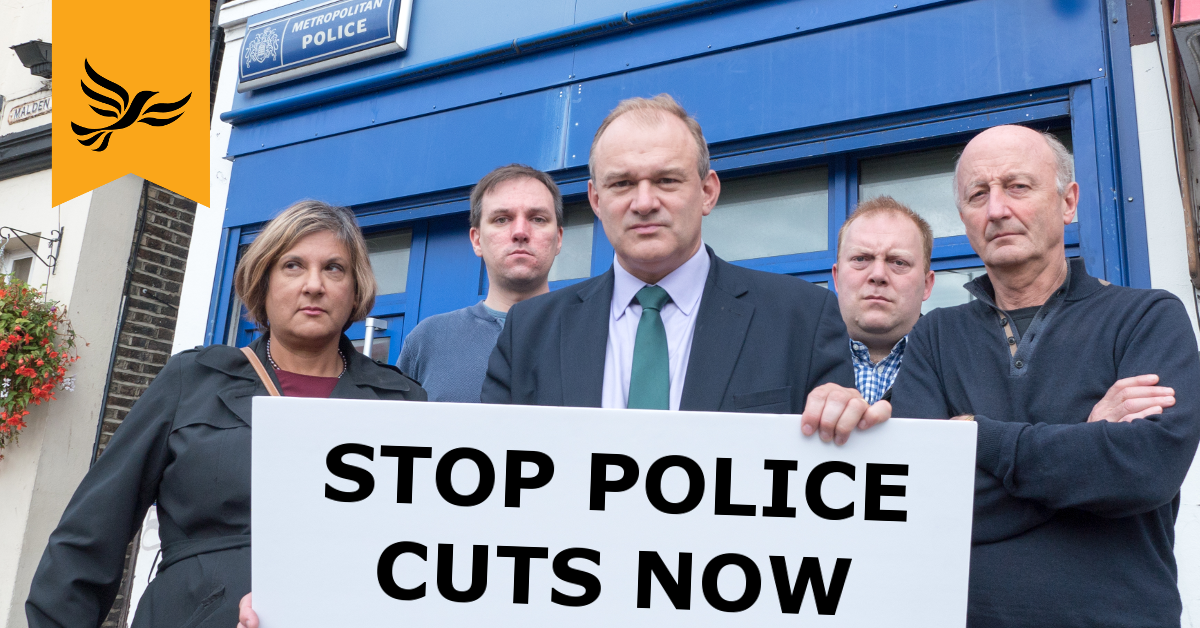 A fall in police numbers across Kingston has put our borough’s position as London’s safest borough in serious jeopardy.

According to the Met Police’s own figures, Kingston has seen a 20% increase in the number of offences committed over the last 12 months, when compared to the 12 months previous to that, well above neighbouring boroughs like Merton and Sutton.

Policing budgets have been slashed by the Conservatives in the last two years increasing pressure on local police forces and community policing.

In Kingston alone, over 40 police officers have gone since the beginning of 2015 putting a strain on our already under-resourced force.

The impact of a reduction in police officers has been linked to the rise in home burglaries across Kingston: an increase of 44% over the past year has left many residents angry.

Local campaigner, Tim Cobbett said, “I have spoken to many neighbours who are very worried about the rise in burglaries in our area. Community policing is critical to ensuring the prevention of crime in our local community. We need more, not fewer, bobbies on the beat.” 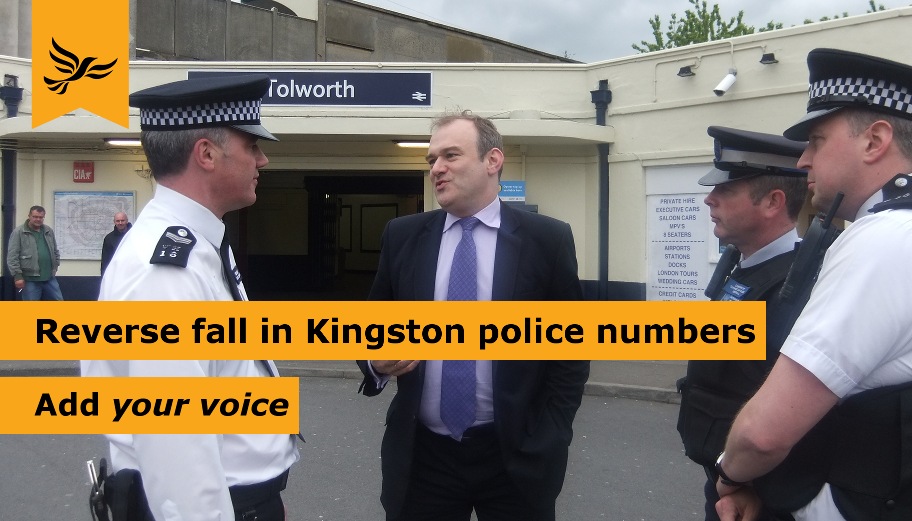 Make a stand against cuts to Kingston borough police numbers.

Add your name to the petition today.

Currently under consultation, Labour’s London Mayor has added to residents’ concerns by confirming his plans to shut 50 per cent of police station front counters across London.

Vital Safer Neighbourhood Bases, which allow police officers to be based in the heart of the community where they work, are set to close in all corners of the borough, including bases in Surbiton, Chessington, Kingston and New Malden.

Newly re-elected local MP, Ed Davey expressed his concerns, “With knife crime, gun crime and acid attacks all rising across London, community policing is vital to ensure that our area is kept both safe and secure. It’s shocking that the Conservatives are slashing police numbers. Please support our campaign on my website”