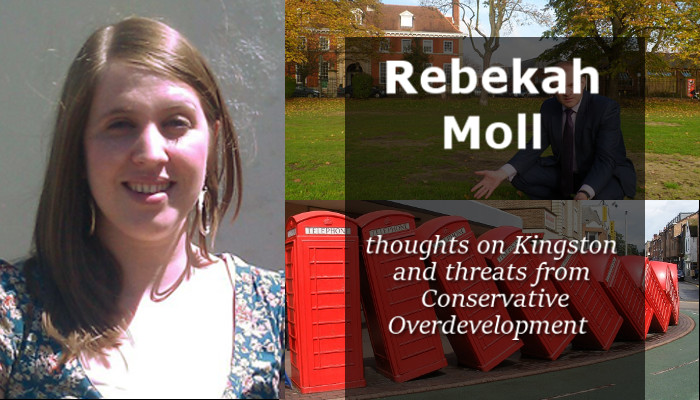 I am sure you, like me, care very much for the town we live in - its character as an ancient market town and its environment with green spaces like the Fairfield in the town centre, and access to areas like Richmond Park and Home Park close by.

I have lived in Kingston most of my adult life and am bringing up my two young children here because of these characteristics.

That is why I have decided to put myself forward as the Liberal Democrat candidate to be Councillor for Grove ward to fight the Tory plans for Kingston which would put all this at risk by:

So whilst this Council by-election will not affect who runs Kingston Council, it will be an opportunity for residents, however they normally vote, to give their verdict on Tory plans for our area and to elect a Councillor who will be a strong voice, working with residents, to fight these plans.

A victory for the Conservative candidate (who has only just moved to Kingston having stood for election in Sutton last May) would be seen by Kingston's Tory Council Leader as support for his developer-led plans for Kingston.

Only a vote for the Liberal Democrats will show residents' opposition to these plans.