Robin Meltzer on Zac Goldsmith's bid to be London Mayor 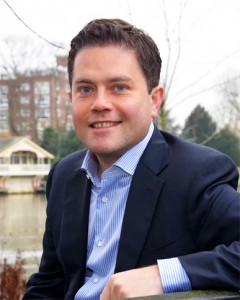 Zac Goldsmith, the Conservative MP for Richmond Park, has announced that he will put his name forward to succeed Boris Johnson as London Mayor.

"Having repeatedly said before the General Election that he was not interested in the Mayoralty, it is quite right that Zac Goldsmith seek the views of local residents about whether he should stand for selection as the Conservative candidate for London Mayor.

"However, he remains coy about whether or not it is his intention to do two jobs if his ambitions were to be realised.

"I believe it is important that Richmond Park and North Kingston has a full time Member of Parliament at all times and so Mr Goldsmith ought to tell local people swiftly and unambiguously what his intentions are about this aspect of his plan."