Save Sunshine ward in Kingston Hospital 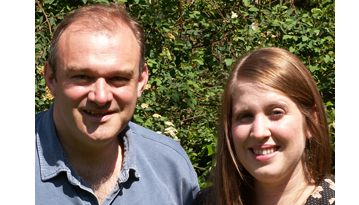 Following a long and hard fought campaign against the last Labour Government’s plans to strip services from Kingston Hospital Ed Davey MP and local Liberal Democrats have been successful in saving A&E and Maternity services at Kingston.

Petition Closed - thanks for supporting this successful campaign!

Rebekah Moll, the Lib Dem candidate in the forth-coming Grove ward by-election, has stepped up the campaign and started the petition below.

She says, “It is vital that we pull out all the stops to save Sunshine Ward locally – thousands of parents and families rely on this life-saving children’s facility and it must stay at Kingston.”

“I am staggered to hear that a senior Kingston Conservative Councillor believes that the loss of the children’s ward is ‘inevitable'. Once again local Tories appear to have given up without a fight and are unwilling to stand up for Kingston and the needs of local people. I hope thousands of people will sign the petition and show them we are made of sterner stuff”

I call on NHS South West London, Kingston Hospital Trust, Kingston Council and the Department of Health do all within their power to stop the closure of Sunshine Ward and maintain full in-patient paediatric facilities at Kingston Hospital.

Petition Closed - thanks for supporting this successful campaign!