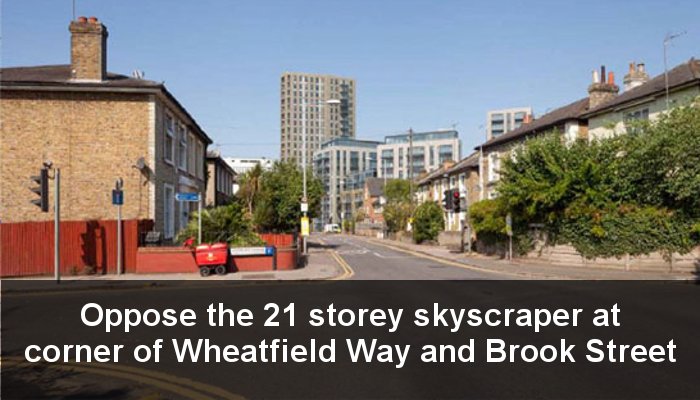 After the Conservative-run Council published a development brief for Kingston’s Eden Quarter encouraging proposals for a new tower block on the corner of Brook St and Wheatfield Way, private developers have submitted a new planning application for a twenty-one storey building.

This proposed “Kingston skyscraper” would be part of council redevelopment plans for the Old Post Office site. Yet a 21-storey tower would be almost as high as Tolworth’s tower and far higher than any other building in Kingston’s historic town centre.

The planning application includes two other ten storey blocks. The proposed development preserves the old Post Office building as part of a redevelopment which has retail, office, leisure and community uses - in addition to 380 flats. However only 16% of the flats will be “affordable” compared to Council requirements of 50%.

The proposal can be viewed and comments made on the Council website under reference 14/13247/FUL.

“We all want to see this site redeveloped but this proposal simply goes too far. We want new development to enhance our town centre. Yet this plan is too high and does not have enough housing which can be afforded by local people. There is a real danger that many of these town centre flats will simply be bought up by investors, squeezing out local people again.”

Petition Closed - Thanks for standing up for Kingston