Can you trust the spineless Tories on the Toby Jug? 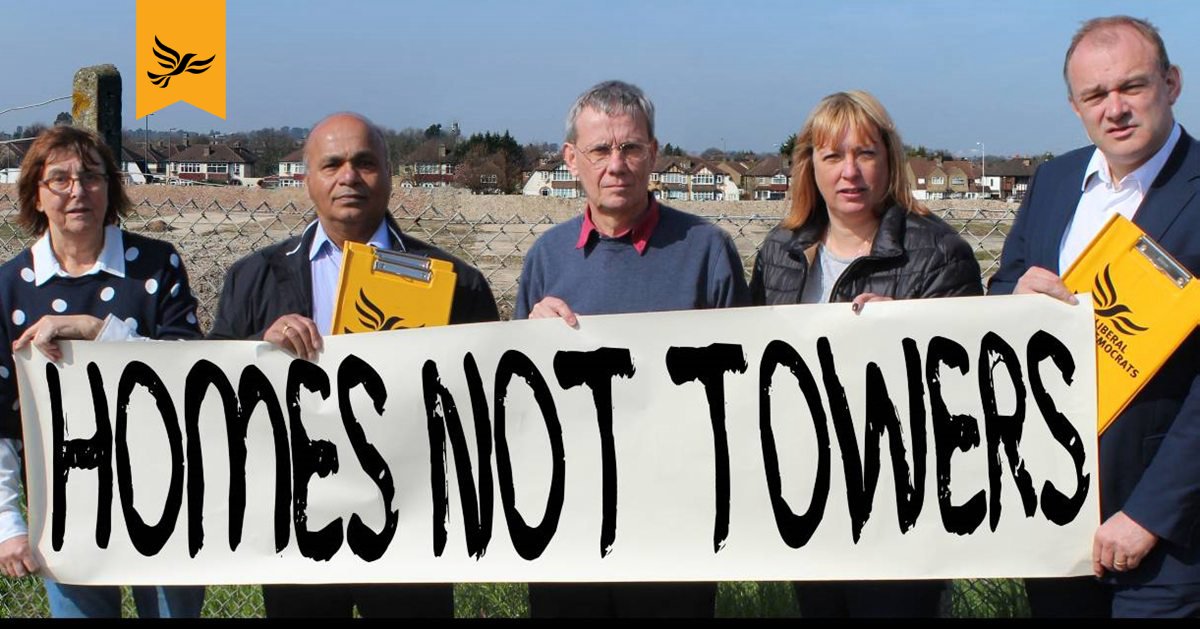 At a recent Kingston Council meeting Kingston's Tory councillors failed to support the people of Tolworth and Chessington's opposition to 950 new homes in tower blocks at the Toby Jug site.

Instead they voted to defer the decision and blame the Mayor of London. This means the developer will almost certainly appeal the delay and impose their plans on the council and local community through the Planning Inspectorate.

Thay Thayalan told Focus 'The Tories have failed to stand up to the developers and their disastrous plans for Tolworth. They know there's an election coming up so they are hoping that by using a delaying tactic people won't blame them for allowing such an over development.'

Dennis Goodship added 'The fight goes on, Liberal Democrats want to build homes that local families can truly afford and put an end to Tory plans to build luxury tower blocks, lining the pockets of developers.'