Theresa May, where is the justice in abandoning child refugees?

Liberal Democrat leader Tim Farron has renewed calls on Theresa May not to abandon child refugees by scrapping the Dubs scheme.

This comes as pressure mounts on the Prime Minister over the decision, which was criticised in an open letter from over 200 high-profile celebrities and campaigners and by the Archbishop of Canterbury who called it "deeply unjust. 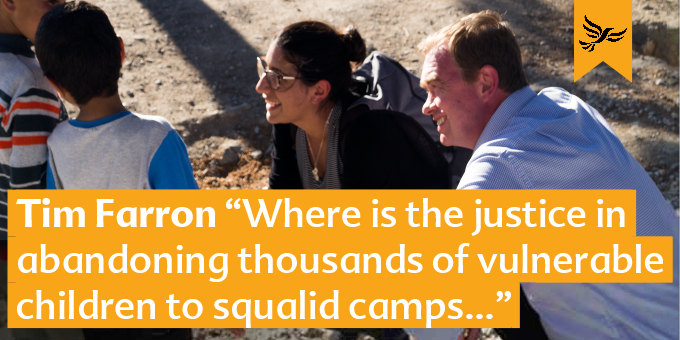 Tim Farron said: “The Prime Minister said she believes in tackling burning injustices. But where is the justice in abandoning thousands of vulnerable children to squalid camps and people traffickers?

“The government want us to forget this humanitarian crisis, but we have not forgotten and neither have millions of people across the country.

“I am proud of Britain’s role as a sanctuary for the desperate and persecuted. Theresa May must stop betraying that legacy and do the decent thing.”