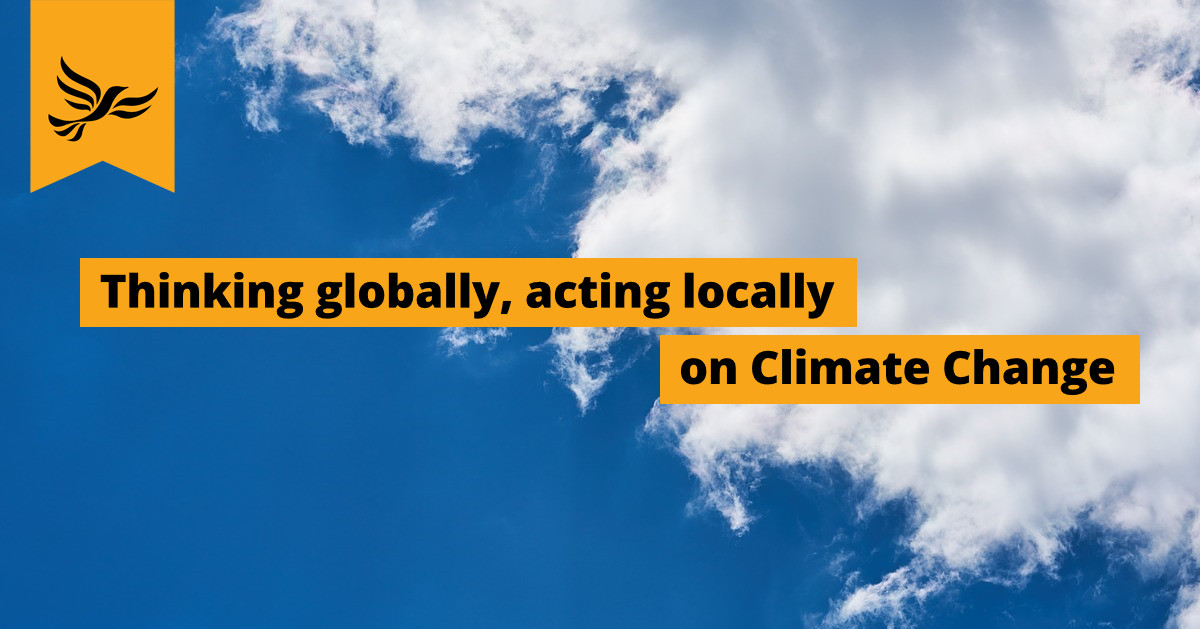 The Liberal Democrats on Kingston Council have backed up the recent declaration of a Climate Emergency in the borough by committing to strongly encourage efforts to address environmental issues locally.

Earlier this year, Councillors on Kingston’s Environment & Sustainable Transport (EAST) committee voted unanimously to declare a Climate Emergency. Kingston joined 229 other councils throughout the UK in supporting the motion, along with the Mayor of London and the UK Government.

Initial work since June has looked at actions that have already been taken or are underway to reduce carbon emissions, such as ‘greening’ the Council's fleet of vehicles and reducing non-recycled waste. While Kingston Council reduced its emissions by a third between 2005 and 2017, there is still much more to be done to bring the borough’s carbon footprint under control.

At the latest meeting of the EAST committee this week, a report was presented that sets out the next steps, which includes working closely with partners and residents across the borough.

Hilary Gander, Kingston Lib Dem spokesperson for the Environment, said: "I'm proud to herald Kingston's initial assessment of where we stand and what more we need to do as a borough to respond to the Climate Emergency.

“Kingston's Lib Dems are aware that many of our residents are concerned about local air quality and that the causes of air pollution contribute to climate change. Our plans to roll out over 100 electric vehicle charge points, plant more than 2,000 trees, commit to regular Play Streets and new School Streets - and the Citizens' Assembly on Air Quality happening this month — show how serious we are about tackling this issue.

“I'm looking forward to working with local people and building a detailed plan for meaningful action.”