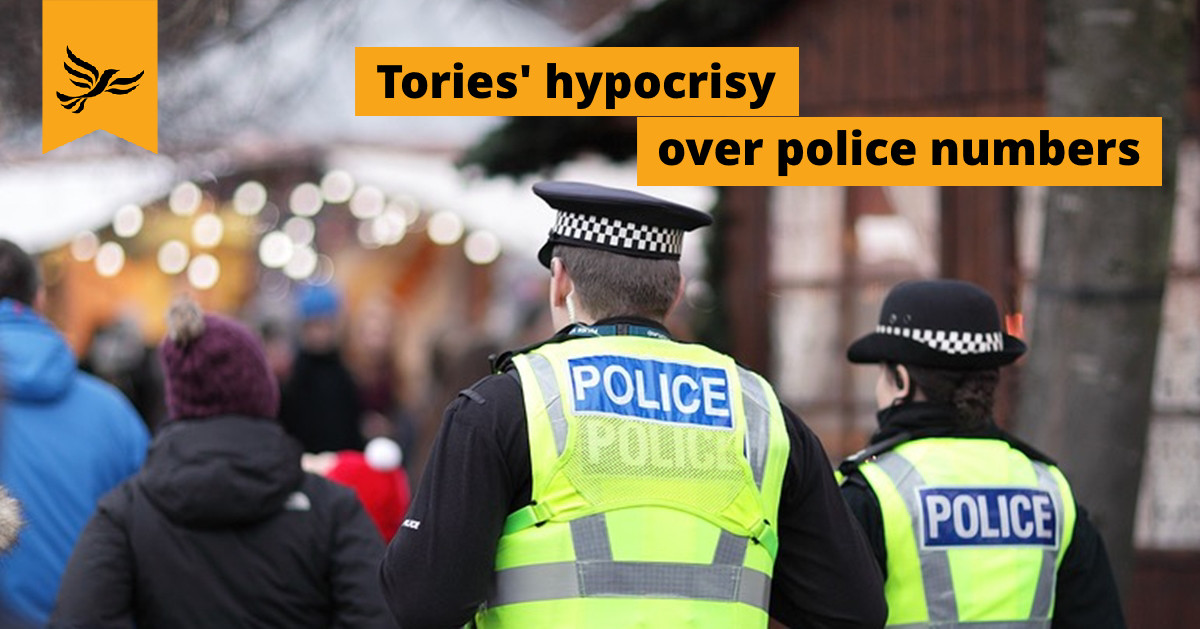 Lib Dem Council leader Liz Green, answering a question at a Council meeting in December, has pointed out the hypocrisy of the Conservative campaign to reinstate a service which the Tories themselves cut in their pre-election budget earlier this year.

The then Tory-run Council had previously provided funding for an extra 12 officers in Kingston Town Centre through a ‘buy one get one free’ scheme run by the Mayor of London up until April 2018 — before the Liberal Democrat administration took over the Council in May.

Reacting to the Conservative campaign, Chief Superintendent Sally Benatar of the Metropolitan Police, who commands the police in Kingston, Richmond, Merton and Wandsworth, has countered claims that she requires Kingston Council to pay for extra police.

The ‘buy one get one free’ scheme effectively limited 12 officers to policing in Kingston Town Centre (as opposed to, say, Chessington or Norbiton, the areas where response times are worse than anywhere else in the four boroughs), without enlarging the overall size of the police force.

Chief Superintendent Benatar said: “I wouldn’t support a plan by the Council to fund additional police officer posts at this time, for Kingston Town Centre or elsewhere. There are no funded officer posts in the other boroughs within the South West BCU (Basic Command Unit, comprising Kingston, Merton, Richmond and Wandsworth), and I would take the same position if I became aware of proposals by the other Councils to fund police officers.”

Kingston Council Leader Liz Green noted: “With police officer numbers across London now at their lowest level for 20 years and crime rates rising, the Conservative Government and the Labour Mayor of London must each shoulder the blame for budget cuts and falling police numbers.

"I have raised both the number of police officers and the appalling response rates in Kingston directly with Sadiq Khan, who is in charge of funding London’s police, and with Cressida Dick, the Commissioner of the Metropolitan Police.

"We must make sure people feel safe in our borough, but using Council money to pay for policing in one specific area is not the answer. We need sustained pressure on the Government and the Mayor to pay for more police officers.”