Ed Davey: The Tories are trying to kill off our renewable energy boom 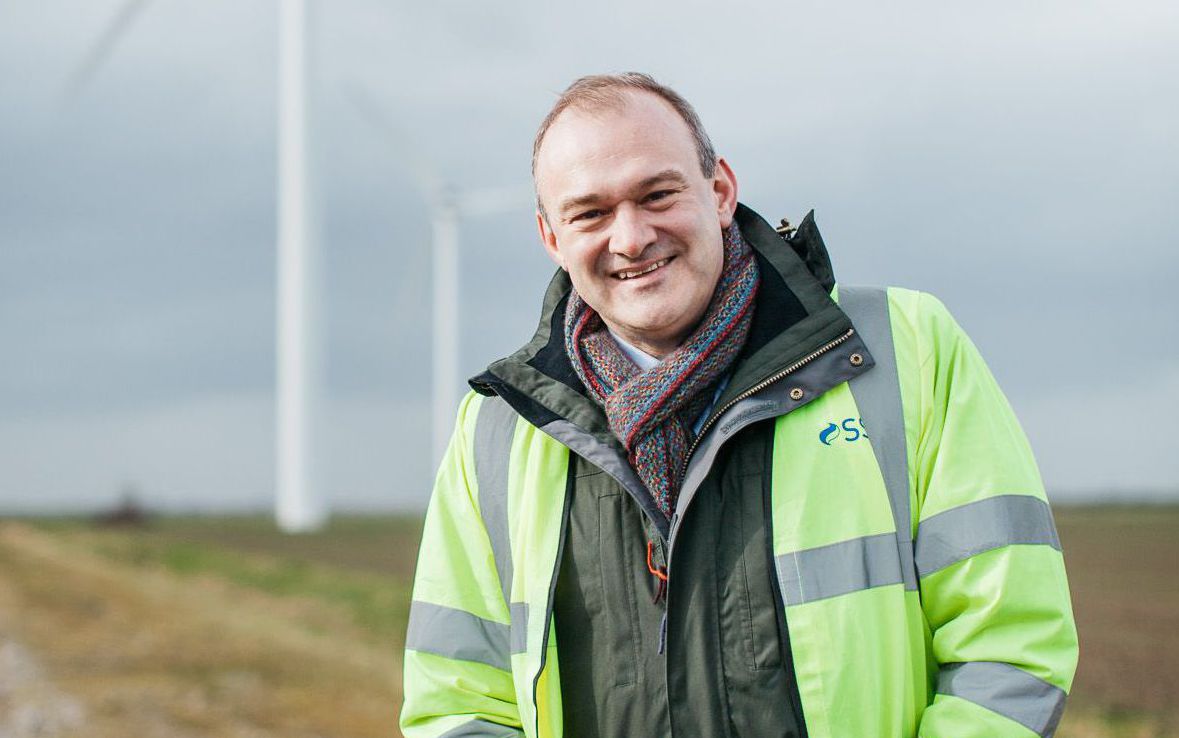 Great strides were made under the coalition, but now green investment has collapsed and jobs are at risk – and the Tories’ justification for all this is bogus. 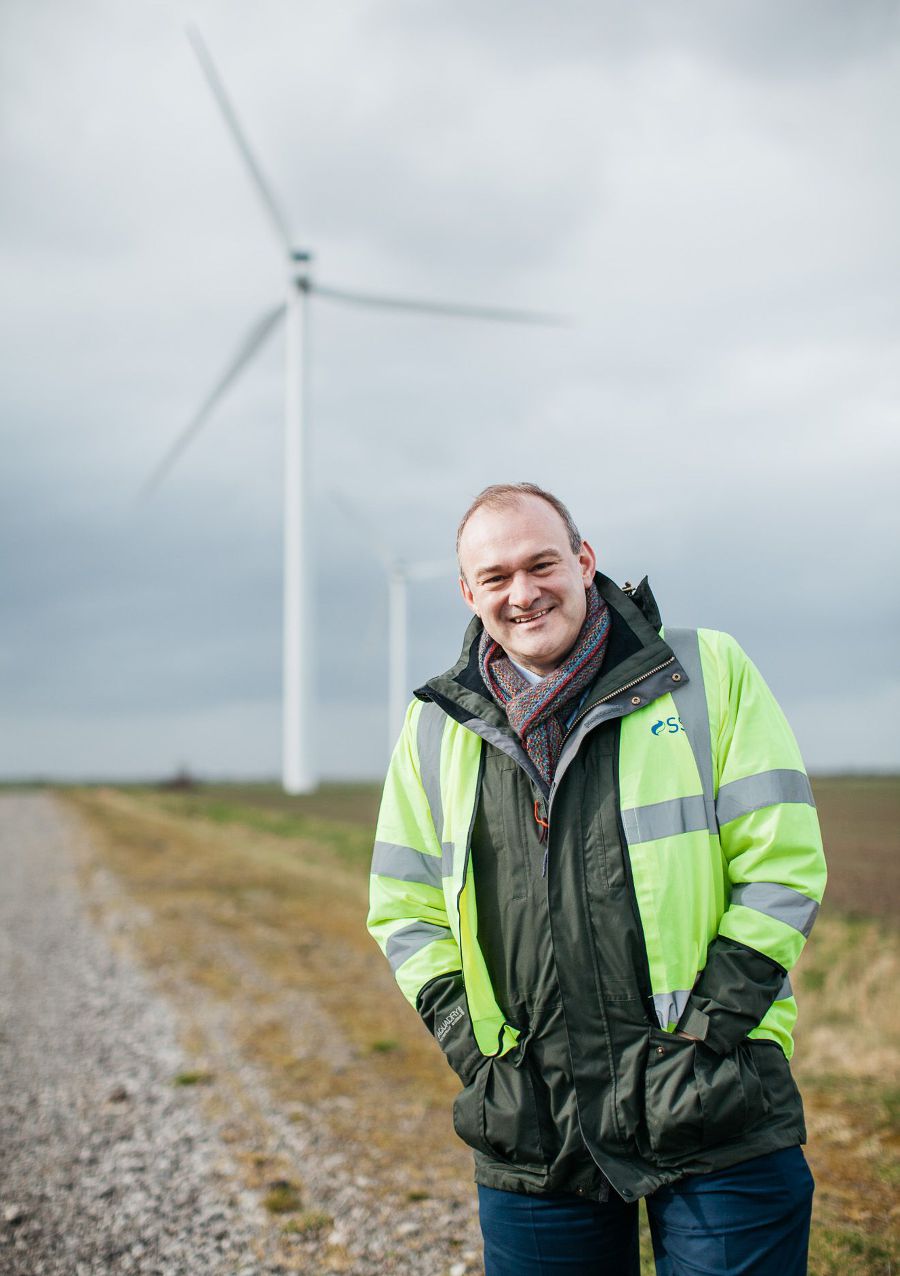 This article was first published in The Guardian.

In the past three months, for the first time in our history, Britain produced more electricity from renewable sources than it did from coal. Between 2010 and 2015, Britain’s renewable power capacity trebled, with over £40bn invested into onshore and offshore wind farms, solar PV and biomass.

But that massive progress in clean energy is about to slow dramatically, thanks to policy changes brought in since May’s general election. Without Liberal Democrats in coalition, the new Conservative government is slashing the low-carbon energy investment Britain needs if we are to tackle climate change and reduce our reliance on imported fossil fuels.

From making onshore wind farms almost impossible to build, at least in England, to plans to slash support for solar energy by 87%, David Cameron, once a husky hugger, is flushing down the toilet what Tories during the coalition years called “green crap”. And destroying thousands of green jobs in the process.

For Liberal Democrat former ministers like myself, these Tory attacks were inevitable the minute they got a majority.

My experience as energy and climate change secretary – in the months I spent battling George Osborne over the budget for investment in low carbon, and in the daily attrition with Eric Pickles over onshore wind – was that many Conservatives simply regard their commitment to climate change action as something they had to say to get into power. With some honourable exceptions, most Conservatives I worked with seemed to view Lib Dem green energy policies as part of the political price they paid for the coalition.

Happily, the Conservatives cannot undo much of what the coalition achieved: from the trebling of the UK’s renewable power capacity to the 27 contracts I signed in March for more renewable power plants to be built over the next few years, the Lib Dems’ green legacy stands. I have heard that the chancellor has asked if he can get out of the contracts I signed. But he can’t. So I’m looking forward to Conservative ministers opening onshore and offshore wind farms that I commissioned. 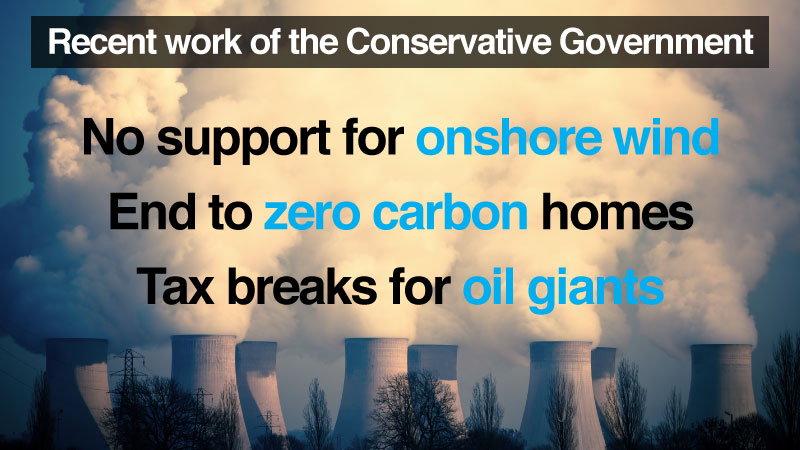 But the bad news is the Conservatives are failing dramatically to build on the green opportunity we helped create: of tumbling prices for wind and solar power, of a world-beating offshore wind industry, and of the world’s first ever low-carbon power market.

Tory policy announcements since May have caused the UK’s renewable energy investment to collapse, large numbers of green firms and jobs destroyed, and our international leadership role on climate change trashed.

Conservative ministers are now unbelievably trying to blame this on Liberal Democrat so-called “profligacy”. Yet Tory claims that the low-carbon energy budget is overspent don’t stand up: they have conveniently forgotten that I negotiated a contingency just in case wholesale gas prices fell, as they now have. By not using that agreed contingency, the Conservatives are effectively cutting our long-term green energy investment. It’s economic and climate lunacy.

But because the Conservatives are misrepresenting these budget figures, we need parliament to hold them to account. The energy and climate change select committee needs to hold an inquiry into their bogus claims and expose them: thousands of jobs are at stake in Britain’s new solar and wind industries alone.

That inquiry also needs to consider the legal aspect. By slowing Britain’s investment in renewable energy, Britain may not now be able to meet either its Climate Change Act obligations or our various legally binding EU targets, such as producing 20% of our total energy from renewable sources by 2020.

In the chancellor’s spending review – due before the critical UN climate summit in Paris this December – we will see whether the Tories are embarking on a path designed to break Britain’s international renewable energy legal obligations. So if the Conservatives continue to cut back on renewable energy, it will undermine still further our previous global leadership on climate change – with potentially disastrous implications for these vital global climate change negotiations.