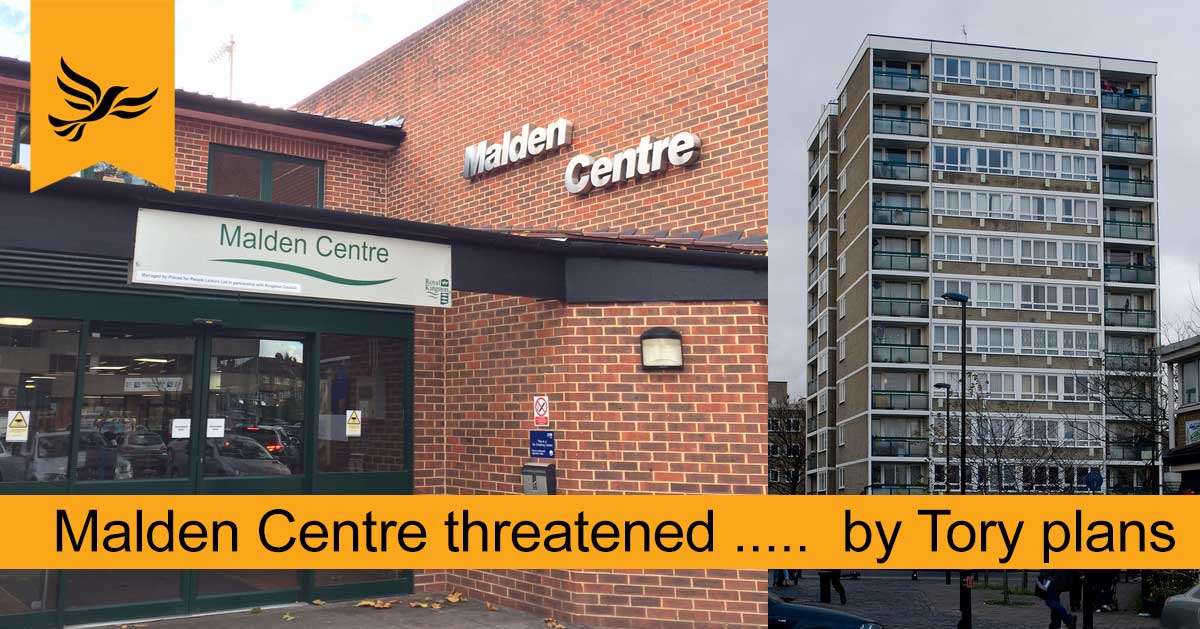 The Tory plans for Cocks Crescent/Blagdon Road could even see the much-loved Malden Centre and swimming pool knocked down with any promised replacement ruining the existing green space and coming at the cost of allowing developers to build ten storey blocks. 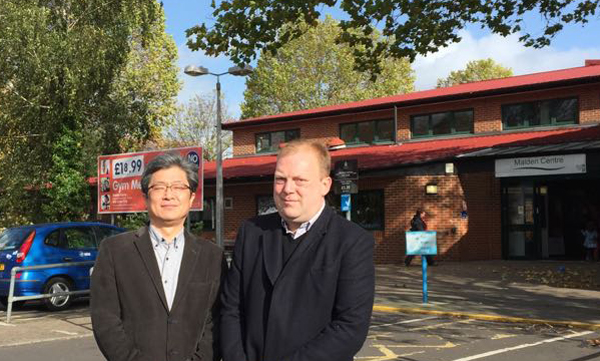 Campaigners Andy King and Mark Durrant at the Malden Centre

Local campaigner Andy King said, “Brand new homes are needed in New Malden, but homes that are truly ‘affordable’ for local people. Unfortunately, the Tories are pushing through luxury flats and not listening to locals.”

Local Focus team member Mark Durrant said, “The Tories have given no thought to the strain on local infrastructure whether it is schools, doctors, parking or public transport instead caving in to developer demands.”

Your Lib Dem FOCUS Team believes the height of the buildings cannot be as high as ten storey. Lib Dems will continue to campaign for a pool and against high rise buildings across New Malden.

We have been campaigning for months on this issue alongside residents and resident groups.

The Tory Council must LISTEN to local residents. This is their community.