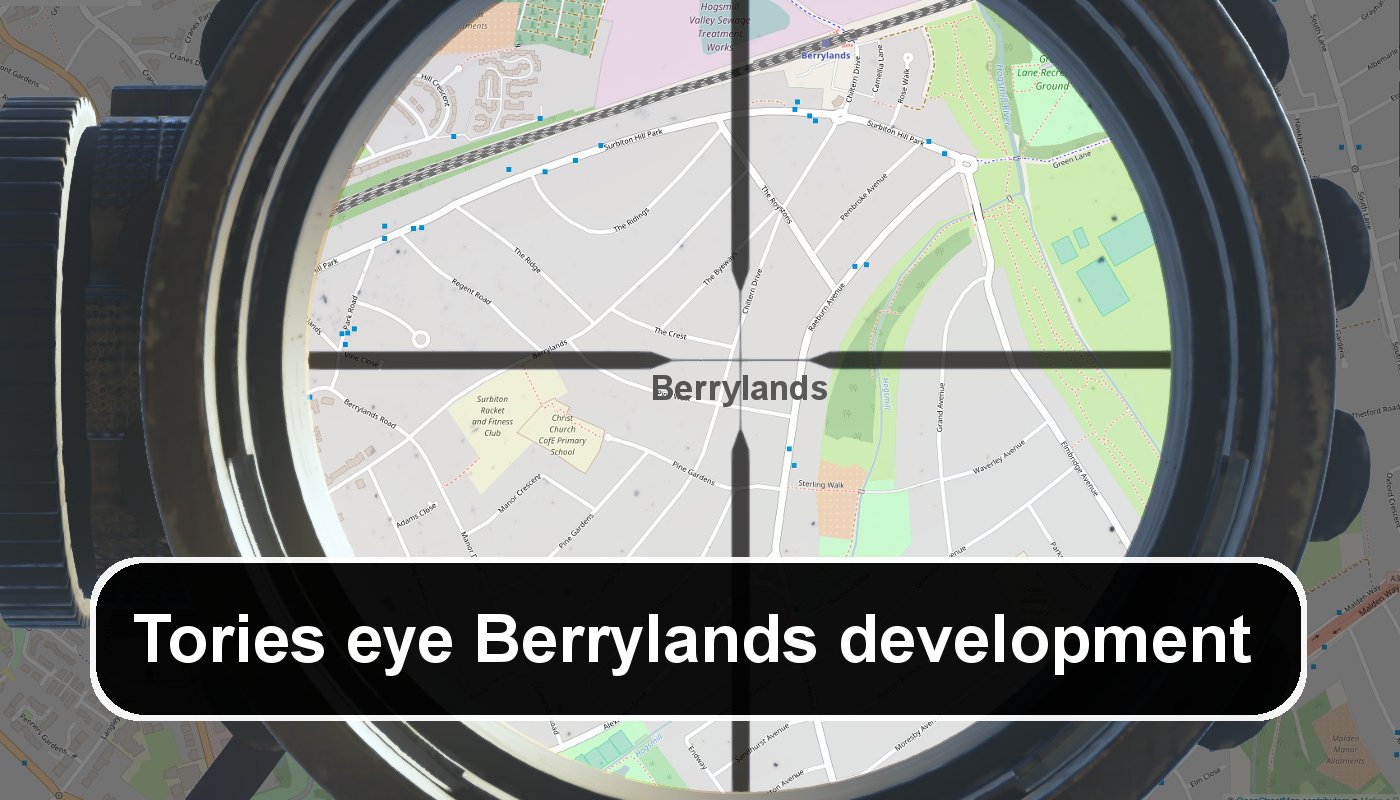 …but they're not telling us where!

The Tory administration in Kingston is pushing ahead with their so-called "ambitious development" plans across Kingston Borough, with their particular emphasis on building luxury apartment blocks.

The document identified the Berrylands and Hogsmill Valley area as an area for “selective redevelopment” resulting in “substantial delivery of new homes”.

Berrylands Lib Dem campaigner, Jack Chesterman, says:
“Just where is this redevelopment going to be in Berrylands? Are they looking at back gardens, or the Hogsmill Public Open Space, or Metropolitan Open Land?

Or the King Charles and Alpha Road Estate area? Here, we have already seen building sites come to a standstill because developers have over-reached themselves"

We support more housing, particularly social and genuinely affordable housing - but it has to be sensitive to the local area and have the infrastructure to go with it.

The current Tory administration, led by a professional planning consultant, is obsessed with overdevelopment, especially of high-end apartment blocks. Millions are spent by Conservative Kingston Council on their pet development projects, while essential services face severe cuts and our council tax bills rise.