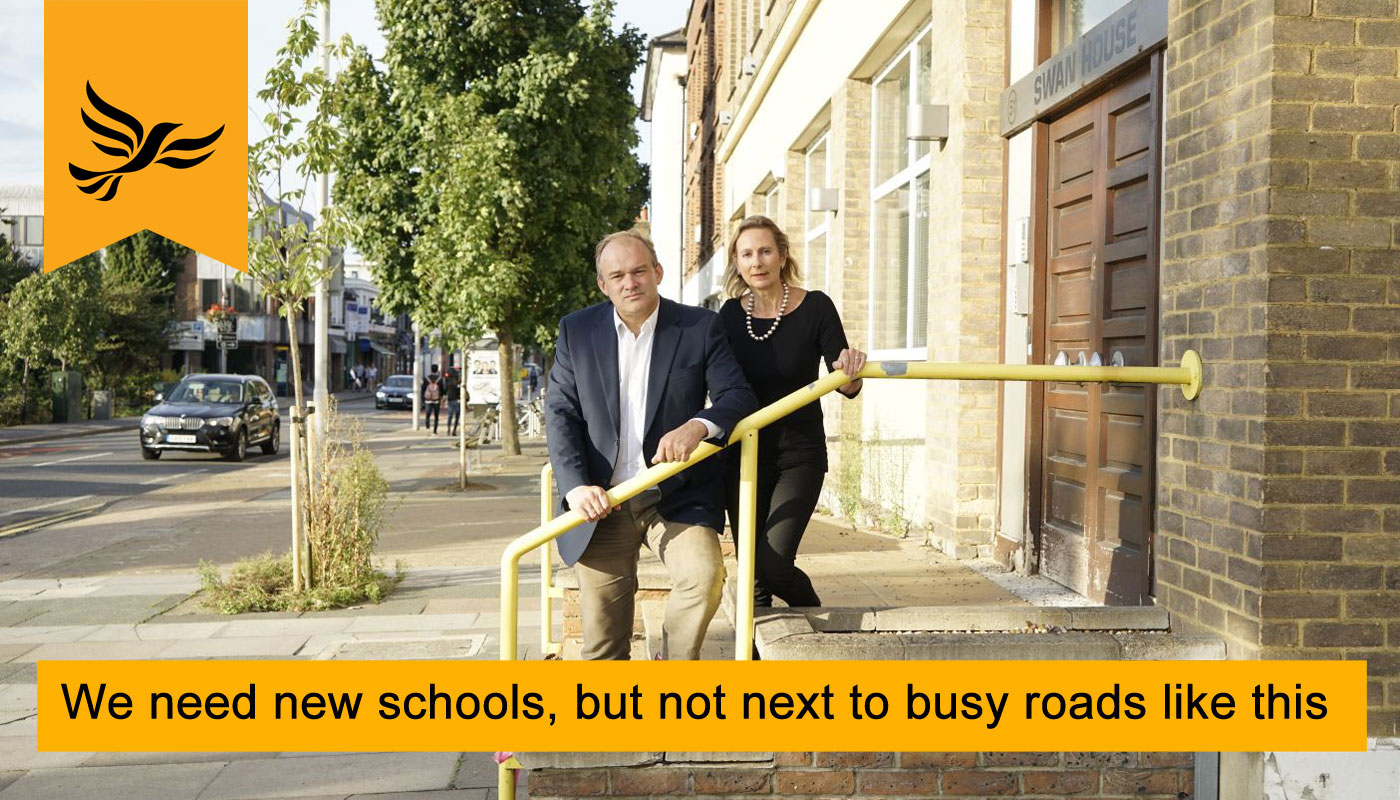 Cramped office block site to be used for new school

A cramped office block close to Kingston town centre is to be used as the site for a school after planning permission was granted.

The office site, which even the former Tory MP described as a “lemon of a school site”, was pushed through by Tory councillors despite concerns from those inside their own party, Liberal Democrat councillors and residents.

The new school will have a playground of only 389 square metres, less than 1 square metre per pupil. For context, guidelines* state that free range hens should be given four times more space! 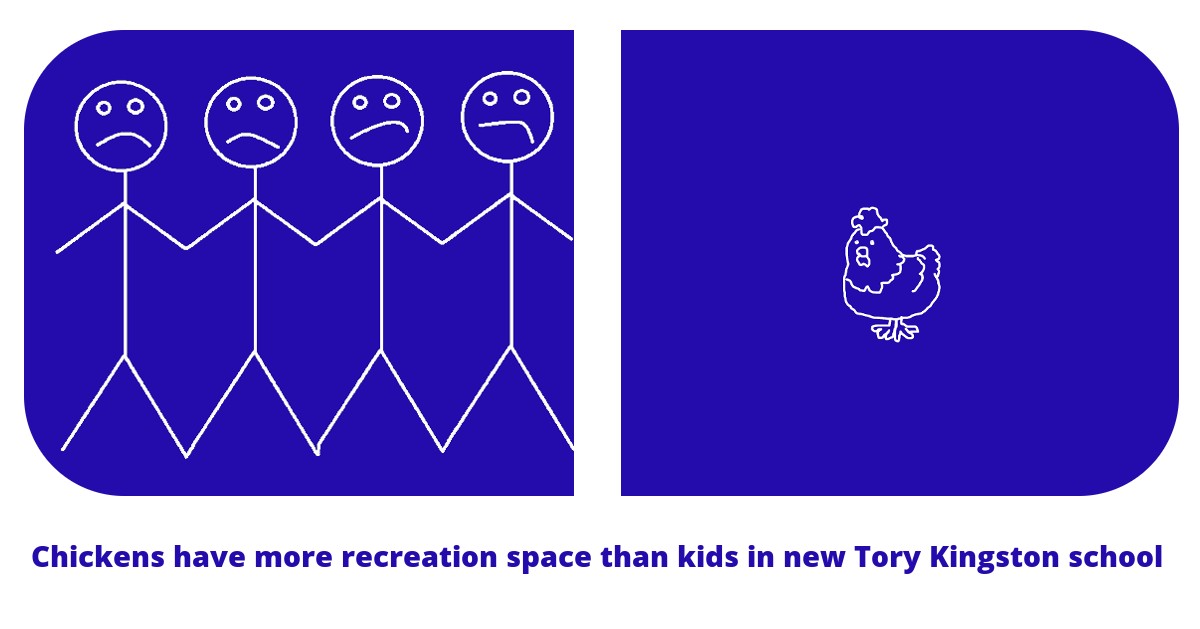 “We desperately need new primary schools but these plans are now seriously delayed and overbudget.

The latest plan to use a cramped site for a new school right next to a busy road defies common sense.”

“As the current plans stand, this is a completely inappropriate site for a new school. Ensuring adequate space for children to have outdoor physical activity is the least the council could do.

When Lib Dems controlled the council we ensured that the schools were built to the highest quality for its students.” 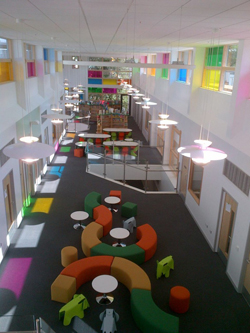 On time and on budget

When Kingston was last run by the Liberal Democrats, 2747 new school places were created, on time and on budget. Schools built and expanded included

The Liberal Democrats record of action on new schools contrasts sharply with the Conservatives' chaotic failure here in Kingston.

Permanent places. On time and on budget.