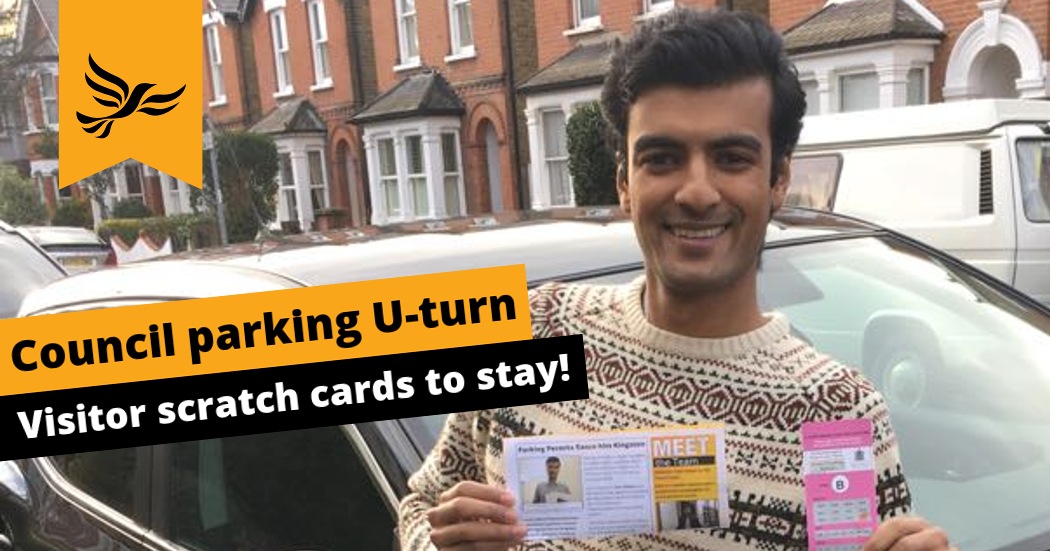 Conservative councillors at Kingston Council performed a dramatic U-turn last week, backing down on the abolition of paper parking visitor scratch cards in the face of a large Lib Dem petition and residents' concerns.

Zain Abbas (pictured above) added, 'I would like to thank everyone who signed the petition and showed that local voices can make a real difference.'

Many residents complained they had been told nothing about the new system when it became operational. Many were left trying to piece together information from neighbours. Numerous residents testified how they would be adversely affected by the Conservative's planned changes.

The Lib Dem petition against the parking permit changes was signed by well over a thousand residents. Tory councillors were eventually forced to concede and offer a grovelling apology. 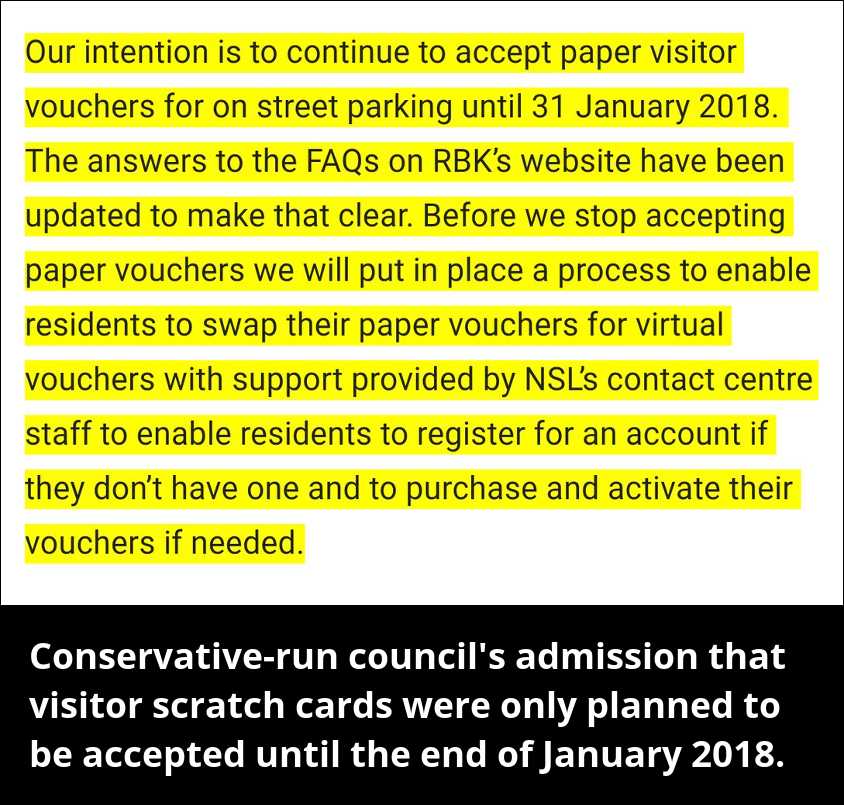 Conservative-run Kingston council confirmed in September 2017 that they only intended to accept visitor scratch cards until 31 January 2018.

Instead of being scrapped in January, visitor scratch cards will now continue to be available to all residents until a workable solution, agreed by all local councillors, is found.

Online permits will still remain an option for those who wish to use them.