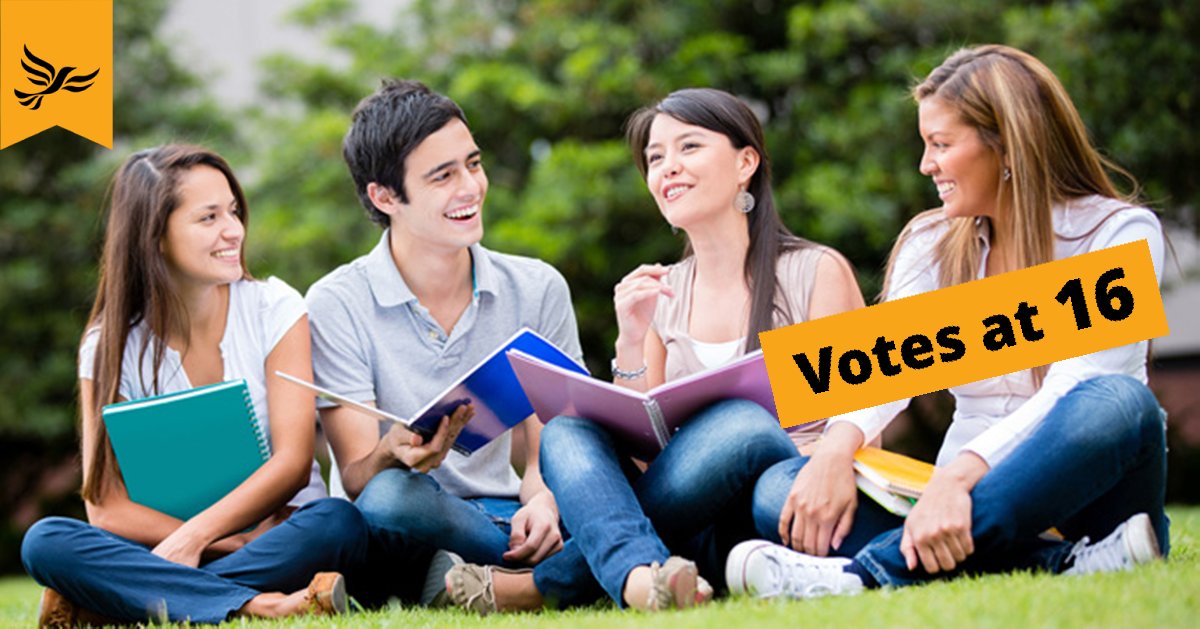 In a motion proposed by Cllr Sam Foulder-Hughes, Kingston’s youngest Councillor, at a Council meeting earlier last week, the Council supported the decision to extend the voting age to 16 and 17-year-olds.


Kingston Lib Dems have called for "Votes at 16" for local government elections to help encourage greater engagement with young people in local politics.

The plan, if passed later this Autumn, will be for the Leader of the Council to write to the Prime Minister calling for the change and for the Council to work with Kingston Youth Council for greater engagement with local young people in the decisions that impact their community.

Local Lib Dem Councillor Sam Foulder-Hughes added, “16-year-olds can pay tax, get married, and join the armed forces; yet, they can NOT vote and influence key decisions that affect their lives.”

“People are more likely to become engaged when they can get involved earlier. For a lot of people, once they are 18, maybe they are working, and they are not surrounded by people who care about the same issues as them. That can lead to them just not voting.”

“It’s about building that culture of political education. When you are surrounded by your peers, having politics involved at school, young people can really be encouraged and given the opportunity to get involved in the democratic process.”

For more information about the campaign, visit "Votes at 16" website: www.votesat16.org/.