What is to follow the damaging HRA negative subsidy? 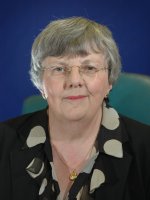 The Government’s consultation on the reform of council housing finance closed last week. Commenting on the document, Kingston's Executive Member for Housing spoke out about her disappointment with the likely "successor" to the Housing Revenue Account (HRA).

“Every year, £7million worth of rent paid by the lowest-income members of our community is taken out of the borough to subsidise the housing budgets of other local authorities - and is even used to plug the accounts of the Treasury Department.

Cllr Shelton added: "Whilst I wholeheartedly welcome the offer of ending of the negative subsidy and giving power back to local authorities to manage their housing finances, it looks as if this freedom will come with a hefty price tag. Namely, we can have the freedom on the understanding we take on even more debt and thus bail out this discredited Government.”

The implications of the suggested reforms to council housing finance will be discussed at the Council's Executive on Tuesday, 3rd November.

Cllr Shelton said: “I will also be reporting on work that has been done on options for getting investment into our housing stock which might go some way towards helping local housing tenants and leaseholders escape the stranglehold of whatever succeeds the negative subsidy and will work towards giving them a decent home in which to live.”